The measure to allow individuals to carry forward their unused concessional contributions (‘CC’) cap from previous financial years to a later year (‘the carry forward rule’) was announced on 3 May 2016 as part of the Government’s Superannuation Reform Package in the 2016–17 Federal Budget.

The measure is contained in Schedule 6 to the Treasury Laws Amendment (Fair and Sustainable Superannuation) Act 2016 (‘the Act’) which was enacted on 29 November 2016 and took effect on 1 July 2018. However, due to the design of the measure, any unused cap can only be used from the 2019–20 financial year.

In April 2018, as part of the ALP National Platform — Consultation Draft in which Labor set out its proposed superannuation policies ahead of the 2019 Federal election, it announced that, if elected:

Labor will … remove the catch-up concessional contributions … introduced by the Coalition.

Due to the passage of time and the flurry of election policies from both major parties, some practitioners may have lost sight of the measure, misunderstood its operation or assumed it was no longer available.

Broadly, the carry forward rule allows individuals to make additional CC in a financial year by utilising unused CC cap amounts from up to five previous financial years, providing their total superannuation balance just before the start of that financial year was less than $500,000.

Effectively, this means an individual can make up to $150,000 of CC in a single financial year by utilising unapplied unused CC caps from the previous five financial years.

Prior to these amendments, if an individual did not fully utilise their annual CC cap in a financial year, they could not carry forward the unused cap to a later year. This rule constitutes an exception to the usual rule when it comes to concessional contributions: ‘Use it or lose it’.

Paragraphs 8.4 and 8.5 of the Explanatory Memorandum to the Bill explain the purpose of the measure:

Annual concessional contributions caps can limit the ability of people with interrupted work patterns or irregular income to accumulate superannuation balances commensurate with those with more regular or steady income. Allowing people to carry forward unused concessional contributions cap amounts for a period of up to five financial years will provide them with the opportunity to ‘catch-up’ if they have the capacity and choose to do so.

The measure ensures that people who have not had the capacity to contribute up to their concessional contributions cap in prior years will be able to make catch-up contributions by targeting it to those individuals who have been unable to accumulate large superannuation balances.

Unused CC cap amounts can be carried forward for a maximum of only five financial years, so unutilised CC caps in 2018–19 will expire on 30 June 2024. Table A below sets out the last financial year in which unused caps from earlier years can be applied.

Expressing this another way:

The standard CC cap is $25,000. However, the carry forward rule has the effect of increasing the CC cap, so — depending on an individual’s prior years’ SG contributions, salary sacrificed contributions and carry forward CC — their CC cap may be now anywhere between:

*    This does not take into account implementing a ‘contributions reserving strategy’ which may increase the CC cap for a financial year even further.

Accordingly, taxpayers and their advisers will need to take extra care to ensure their CC caps are not exceeded.

Given the implications that can arise where an individual exceeds their CC cap — including the imposition of excess CC tax — it will be crucial that taxpayers and their advisers be able to access reliable information that tracks an individual’s unapplied unused CC caps. This task will be made infinitely more difficult with the passage of time and the replacement/appointment of new tax agents.

The ATO’s systems will play a vital role in assisting with this process, and ideally would make available the following information:

It should be noted that the information that the ATO could display relies heavily on the accurate and timely reporting from superannuation funds. If there are delays from the funds or if a client has an SMSF then there may be delays in this information updating any superannuation or contribution caps balances that the ATO can display. This may impact an individual’s ability to see a timely or accurate view of their available cap space.

The ATO has recently advised us that:

We are aware of this potential requirement and are currently considering this functionality. We will advise in the near future when this may be able to be developed and made available.

Example — Increased concessional contributions cap
Based on Examples 8.1 to 8.3 from the Explanatory Memorandum

At the end of 30 June 2022, Ashlea now has a total superannuation balance of $530,000. This means that Ashlea will not be able to increase her CC cap using unused concessional contribution cap amounts in the 2022–23 financial year.

Who should consider using the carry forward rule?

High-income earners typically maximise their CC by contributing the full $25,000 each year, so they are unlikely to have any unused CC caps from earlier financial years.

Accordingly, this rule will suit individuals who:

*    The Medicare levy has been ignored for the purpose of simplicity.

By claiming a deduction for the personal contribution using the carry forward rule, the taxpayer’s taxable income remains within the same tax bracket, ensuring that the capital gain is taxed at the marginal rate of 37 per cent rather than the one-off increase in taxable income causing the taxpayer to move into the 45 per cent tax bracket.

The utilisation of the unused caps may be summarised as follows:

NOTE 2
The taxpayer has not fully utilised their unapplied unused cap from 2020–21. With the carry forward rule, they could have personally contributed a further $10,000 of CC (in addition to their personal contributions of $50,000 and the employer’s SG contributions of $10,000), thereby increasing the maximum available CC cap by $45,000 to $70,000. This would have resulted in no unused cap remaining at the end of 2021–22.

The unused caps have been applied as follows:

Reminder
CC can only be made by, or on behalf of, an individual who is eligible to have CC. That is, they must:

As with anything related to superannuation, the rules are complex rules and conditions always apply because of the concessionally-taxed environment proffered by Australia’s superannuation laws.

Notwithstanding this, the carry forward rule is a valuable measure and is expected to be availed by many eligible taxpayers with the following benefits: 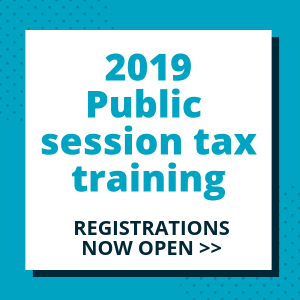 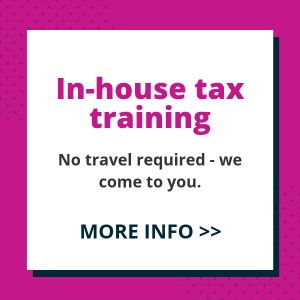